You know..I’m a resident of the United Arab Emirates in Fujairah and I get the newspaper called GulfNews which is printed from the big city of Dubai. Let me tell you 3 stories:

In the year 2014, there were so much news about the Saudi Arabian virus MersCoV (Middle Eastern Respiratory Syndrome CoronaVirus) has been in the #’s of Twitter & Instagram. Many Muslim people who go to the Hajj in the western holy city of Makkah-Al-Munawwarah & the city of Al-Madinathu-Al-Munawwara had to be cautious as there was a lot of virus in there as there are lot of sandstorms and camels (from where the flu is said to be originated from but actually these animals are immune to the flu). Many people are residents in the UAE and the virus has spread through the Saudi Arabian borders only. After just 1 year in May 2015, when I flipped the pages of the newspaper, I saw many South Koreans wearing masks. As I read the headline, it was a news of MersCoV spreading to South Korea mainly in the metropolitan region of Seoul. Suggestons say that UAE & Saudi Arabia are big business partners of the country and maybe South Korean Businessmen have travelled from these countries to Seoul and spread the virus over there. Many people had Asthma and had even fallen to death due to breath loss. The largest province in the country, the Eastern province with 54 Mers-CoV infections and 20 fatalities while The Northern and Southern Borders of the country has none. 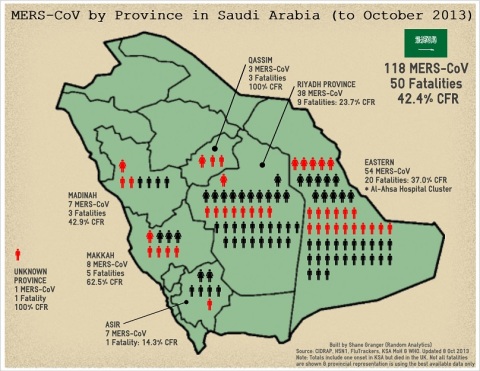 In late 2014, I heard cases  of Ebola in Liberia,Sierra Leone, and other West African countries as they have less health infrastructure and virus prevention.Many nurses have died by getting the virus from the patients and died. Organ failure, nausea, sore throat and fever, mainly bleeding from many organs. VICE News did a documentary on the Ebola in Liberia from the bush animals like monkeys, etc. These people favor bush meat other than any other meat as it was so tasty for them. No one thinks about Ebola. But, musicians in the country have created some viral songs  about Ebola.In flights like Air Arabia, etc. have made a slip about the prevention of Ebola to the Middle Eastern countries like UAE and KSA if the passengers have travelled to Ebola-stricken countries like West Africa. More than thousands of cases have been reported in the region till now.

Swine flu in India has been reported  from the year 2009 till now.It has been spread mainly from cattle and it is commonly known as H1N1 formerly known as the Spanish flu in America and Europe. It can cause Sore throat, Sneezing, rashes, pain, lack of appetite, diarrhea, etc. Rajasthan was the most infected state with 4,500 cases and 210 deaths while Goa has the least with 7 cases and 1 death. My state Kerala has very low pandemics with 25 cases and 4 deaths.

In Surgeries, people are not allowed to approach a person during surgery as some infection may spread to him/her. The doctors use very new tools while doing surgery as if to prevent infection. Rust (Fe2O3) when poked into the body, can cause Tetanus. So, doctors inject an anti-tetanus which prevent the rusting reaction, i.e.-

It is a type of Oil which can prevent rusting reaction. It can cause muscle pain, nerve pain, vericose vein, stiffness, involuntary movements, etc.

Anti-tetanus is also called tetanus toxoid injection. It is given every 10 years. It is recommended that you take it in between 10 and 12 years of age. Side effects of the toxoid injection are-

Write in the comments below!!!!